CO2 is the most important greenhouse gas contributing in 2020 to the national total in CO2 equivalents excluding LULUCF (Land Use and Land Use Change and Forestry) and excluding indirect CO2 emissions with 68.1%, followed by CH4 with 17.1 %, N2O with 13.8 %, and f-gases (HFCs, PFCs, SF6 and NF3) with 0.9 %. The energy sector and agricultural sector represent the largest sources, followed by industrial processes and product use and waste.

The net GHG emission by LULUCF in 2020 is 7.5 % of the total emission in CO2 equivalents excl. LULUCF. The total national greenhouse gas emission in CO2 equivalents excluding LULUCF and including indirect CO2 has decreased by 41.3 % from 1990 to 2020, if excluding indirect CO2 the emissions have decreased by 40.7 %. The decrease is mainly caused by decreasing emissions from the energy sector due to increasing production of wind power and other renewable energy. Comments on the overall trends etc. seen in the figures are given in the sections below on the individual greenhouse gases. 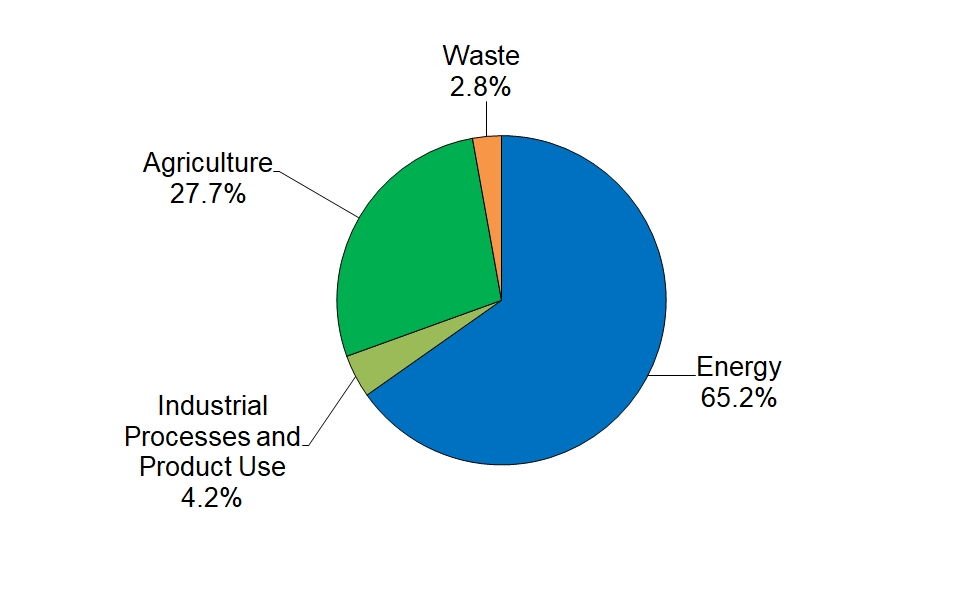 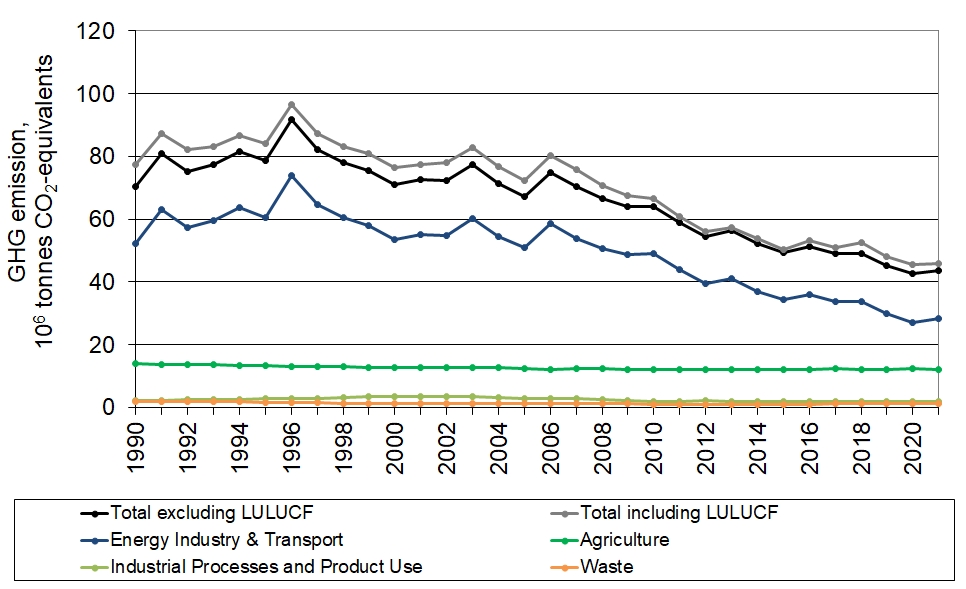